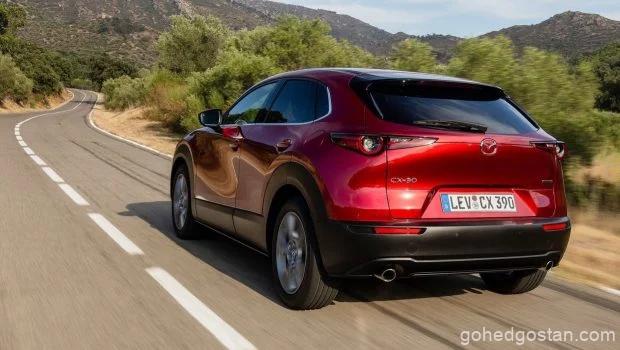 Mazda, Buick and Honda are among the brands that made gains in the latest Annual Auto Reliability Survey from Consumer Reports (CR), the mission-driven nonprofit organization committed to creating a fairer, safer, and more transparent marketplace for consumers. But Ford and Lincoln struggled with the introduction of new SUVs, and Tesla remained near the bottom of the new car brand rankings with subpar reliability for three of its four models.

The 2020 Auto Reliability Surveys, which rank among the largest surveys of their kind in the U.S., are based on data collected from CR members about their experiences with more than 300,000 vehicles. The survey findings were announced at an online news conference before the Detroit-based Automotive Press Association today. Owners reported everything from transmissions needing replacement after as little as 5,000 miles to display screens that required hardware replacement and even paint that was marred by embedded human hair.

For the first time ever, the Japanese brand Mazda ranks at the top of CR’s reliability list. Historically, that top spot has been held by its much larger competitor Toyota and Lexus. The key to Mazda’s success is that it redesigns models conservatively—and has avoided introducing risky new powertrains and infotainment systems. The entire lineup benefits from many shared platforms and components, with only modest changes during redesigns.

Toyota and Lexus came in second and third respectively for reliability, continuing their long record of building some of the industry’s most reliable vehicles. All Toyota models have average or better reliability. The popular RAV4 SUV is just average, with some minor transmission problems and other issues. Lexus’ rating was marred by the premium LS sedan’s much-below-average reliability. All other Lexus models have outstanding reliability.

Closely-watched Tesla now sits second from the bottom among all 26 ranked brands. It was pulled lower by the newly-introduced Model Y SUV, which has well below average reliability and thus cannot be Recommended by CR. The Model Y had some build quality issues with body hardware and paint. Many owners reported misaligned body panels that had to be fixed and mismatched paint. One owner reported dust, debris, and even human hair stuck in the paint. Only the Model 3 sedan is reliable and CR-Recommended. Tesla’s S dropped to below average reliability and is no longer Recommended, and the Model X remains subpar.

Lincoln ranked in last place, dragged down by its SUV-focused model line, especially the new Aviator and Corsair.

Buick, meanwhile, ranked fourth overall, making it the most reliable domestic automaker this year. It rose 14 spots from last year—the biggest jump by any brand. Buick’s Encore has been around for years, allowing the automaker to work out glitches that are found in many new or newly-redesigned vehicles. The Enclave has improved slightly since its redesign in 2018 to average now but still shows some transmission computer issues, as well as complaints about engine knock and non-operational heater systems.

Honda ranked in fifth place overall, up seven spots from last year. Its ranking was hurt by the Passport, which has below-average reliability with some drivetrain issues along with reports of blank or freezing infotainment systems. The Odyssey minivan is also worse-than-average with infotainment issues and problems with the rear sliding doors. The Insight hybrid, Clarity, and HR-V are well above average. WIth two Acura models being redesigned, CR did not have sufficient data to rank Acura. But the RDX remained below average with transmission computer issues and problems with freezing and blank display screens.

Dozens of all-new and redesigned models were introduced for 2020, prompting considerable reshuffling among the brands in CR’s latest predicted new-car reliability rankings again this year. CR is predicting subpar reliability for many of those vehicles. Among new or redesigned vehicles, nearly half (44 percent) have much-worse-than-average reliability. Reliability tends to improve in subsequent years as the bugs are worked out on these models.

CR’s auto statisticians calculate reliability ratings for every major mainstream car, minivan, SUV, and truck on the market, even ones that are brand-new and redesigned for 2021. To do so, the team analyzes annual CR member surveys data on a model’s reliability history, calculating the brand’s overall reliability and, if applicable, the reliability of models that use some of the same components.

Consumer Reports’ prediction of new-car reliability is a key element of CR’s Overall Score, which is a holistic measure of a vehicle’s quality designed to make it easy for consumers to quickly find the best cars, SUVs, and trucks to suit their needs. The Overall Score also includes road-test performance, owner satisfaction survey results, whether a vehicle comes with key safety systems, and results from crash tests, if applicable. This year there are 11 models with reliability ratings that improved enough to lift their Overall Scores to enable them to be “CR Recommended.”

FCA is Study in Contrasts

Ram, the truck brand from Fiat-Chrysler Automotive (FCA), is at seventh overall. Its two models, both redesigned for 2019, are at opposite ends of the reliability spectrum. The 1500 pickup scores below average, plagued with electronics issues—screen replacements, headlights, body control modules, gauges, and engine computers. The 2500 heavy duty truck has well-above-average reliability.

FCA’s Dodge brand came in close behind at 10th overall. Its Durango SUV is well-below average because of problems with its air conditioner compressor/condenser, power equipment, and oxygen sensor. The Challenger’s reliability remains impressive. Jeep ranks 19th overall, the lowest of the FCA brands. On the one hand, the Gladiator has an impressive reliability score, easily outpacing competitors such as the Honda Ridgeline in compact pickups. The Gladiator is based on the Wrangler SUV, which was last redesigned in 2018. While the Wrangler has shown some improvement with each model year, it remains below average mostly due to steering/suspension issues.

Looking at the other GM brands, GMC is up this year and now ranks 16th. The GMC Acadia, Terrain, and Sierra 2500 HD had average or better reliability, but the Sierra 1500 pickup truck is still well-below average. Owners told CR that the display screen required hardware replacement, and the truck had transmission problems.

Chevrolet remains in the bottom half of CR’s rankings, despite improving by eight positions from last year’s ranking. The all-electric Bolt is a bright spot, as Chevy’s most reliable vehicle. The Malibu and Silverado 1500 are all well-below average, while the Colorado, Traverse, and Blazer are below average. The Silverado had problems similar to the GMC Sierra’s, while the Traverse’s problems included minor transmission issues, in-car electronics, and power equipment. Cadillac is also up this year, but still ranks in the bottom third of all the brands. The XT5 is average while the XT4 is well-below average. Both suffered from problems with in-car electronics. Owners of the XT4 also complained about the torque converter and the air conditioning compressor.

The Ford Explorer, redesigned for 2020, is one of the lowest scoring models from any manufacturer—domestic or foreign—this year. Owners reported numerous transmission replacements, along with drive system, in-car electronics, power equipment and engine and body hardware issues. The redesigned Escape’s reliability was also subpar. The F-250 and F-350 pickups along with the Expedition, Fusion, and Mustang are all average, and the Edge is Ford’s only model to score above average. Lincoln’s two brand-new SUVs share platforms with their problematic Ford counterparts and so fell to last among all 26 brands. Lincoln’s score was also hurt by its decision to discontinue its historically-reliable sedans, the Continental and MKZ.

How the Asian Automakers are Performing

Hyundai ranks sixth overall, on par with last year. The Kona, Tucson, and Palisade SUVs are above average. The redesigned Sonata is the automaker’s least reliable vehicle, although it still scores average. Kia is midpack at 15th overall, down six from last year. Kia’s SUVs have proved to be more reliable than its cars. The new CVT transmission in the Forte and Soul proved problematic and dragged down Kia’s ranking. The Niro EV had issues with a bearing in the electric motor. Kia’s Telluride and Sportage are both above average. Its stablemate, Genesis, offers few models and CR only had sufficient data on the G70. It is showing below average reliability due to brake issues and other problems.

Subaru continues to rank in the top third of all automakers for brand reliability, and currently stands at eighth. It suffers with problems with its Ascent, which has subpar reliability due to multiple problem areas. Other Subarus such as the Forester and Crosstrek are above average. The redesigned Outback and Legacy are average with some screen freezing and other issues.

Infiniti ranks eleventh this year for reliability. Its QX50 slid in its second year to below average with multiple problem areas. The Q50 sedan scores well above average and the QX60 SUV remains average.

European Automakers are Midpack or Lower in Reliability Rankings

Porsche is this year’s highest-ranking European brand at ninth overall, down five spots. Its SUVs, the Macan and Cayenne, are both average. BMW ranks 12th overall, up five spots from last year. It saw improvements in its 2019 redesigned models, with the 3 Series moving to above average and the X5 coming in at average. The X5 still has infotainment system screen freezing and other glitches with the system, such as upside-down on-screen images. Other models from the automaker are a mixed bag, with the X1 above average, the X3 dropping to below average.

Audi remains unchanged at 14th overall. The A4 and A5 continue to have outstanding reliability, while the Q5 is average and the A6 improved to average. But the new-for-2019 Q8 SUV and the e-Tron fully-electric SUV are much worse than average. E-Tron owners told CR about drive system electrical failures along with power equipment problems.

Volvo moved up closer to midpack, at 18th overall, with its S60 sedan and V60 wagon, and XC40 small SUV having above-average reliability scores. They are recent redesigns from the brand. Conversely, the XC90 and XC60 are among CR’s least reliable new models, with many owners reporting the display screen freezing and going blank, along with brake wear and brake rotor problems.

Mercedes-Benz ranked at 20th overall, putting it in the lower third of the brand rankings. It has several new and redesigned models for 2020, and only the older C- and E-Class sedans and GLC SUV have average or better reliability. The redesigned GLE SUV, tied with the Explorer, has the lowest predicted reliability score in CR’s survey with multiple problems including drive system failures and in-car electronics headaches.

Volkswagen ranked 24th in the survey this year, just two spots from the bottom-ranked Lincoln. Its midsized SUV, the Atlas, still has dismal reliability in the survey, mainly because of power equipment, in-car electronics, and emissions/fuel system problems. Other VW’s that are subpar include the Jetta, Tiguan, and GTI. The Golf is VW’s only well-above-average model. 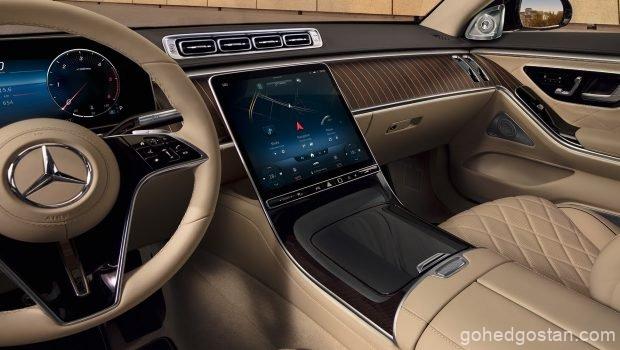 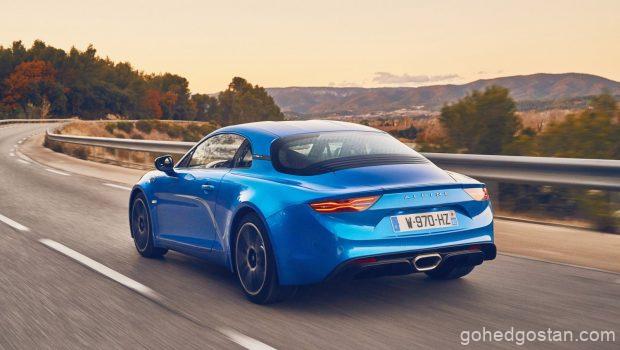 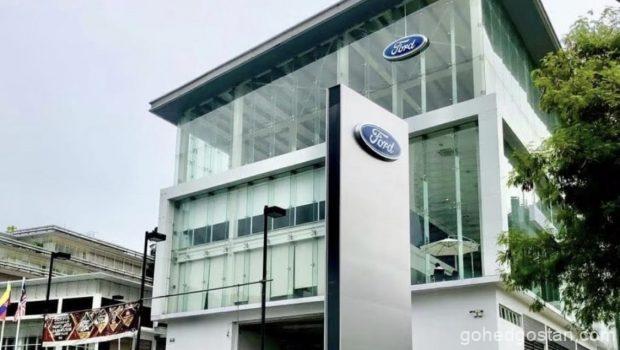 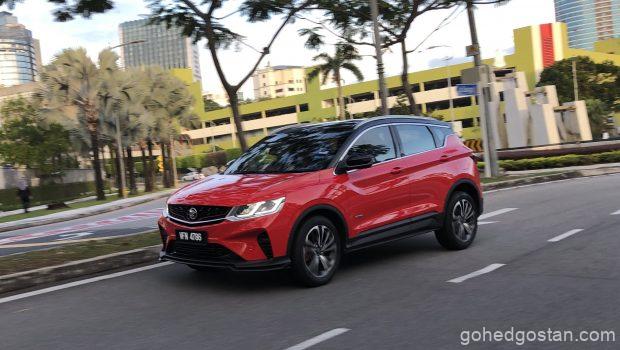