Automobili Lamborghini announces Huracán number 20,000: an STO model in glorious Grigio Acheso Matt for a client in the Principality of Monaco. While the Huracán Super Trofeo Omologata is the pinnacle of Huracán performance in a road car with racing spirit, it heads an extended family of Huracán models that have delivered aspirated performance with characterized dynamic handling and driving emotion since its 2014 launch.

The Huracán’s success has endured for eight years, an attraction maintained over time thanks to a wide range of versions: 12 road and three racing versions.  Since 2014, 71% of customers have chosen the coupé versions and 29% the open-air derivatives.

Top of the markets is the United States, where more than 32% of all Huracán versions have been delivered in the last eight years, followed by the UK and Greater China. This solid success continues also today: Huracán models largely contributed to the 2021 sales record with a strong increase sales up to 2,586 units, due partly to the impetus from the very positive customer response to the Huracán STO.

The first Huracán coupé (LP 610-4) debuted at the 2014 Geneva motor show with four-wheel drive, 610 hp, acceleration from 0-100 km/h of 3.2 secs and a top speed of 325 km/h. Innovations included Lamborghini ANIMA drive mode selection, on-board gyroscope LPI system, dual fuel injection and LEDs lights throughout the car: an industry first in the super sports segment. The Huracán LP 610-4 Spyder was unveiled at Frankfurt Motor Show in September 2015. The 5.2-litre naturally aspirated V10 is the same as in the coupé and develops 610 hp. The 0-100 km/h sprint is covered in 3.4 seconds and the top speed is 323 km/h.

Compared to the LP 610-4, it differs in that it has a lower-powered engine and rear-wheel drive instead of all-wheel drive. It has the same 5.2-litre V10 as the 610-4 but with power reduced to 580 hp and torque of 533 Nm. Thanks to the absence of four-wheel drive, Lamborghini’s engineers have achieved a weight saving of 33 kg compared to the Huracán coupé, at just 1,389 kg. Top speed is 320 km/h. A Spyder RWD variant of the Huracán LP 580-2 was unveiled at the Los Angeles Motor Show in November 2016. The 5.2-litre naturally aspirated V10 is the same as the coupe and develops 580 hp. A 250-off, limited edition Avio model in 2016, celebrated the aviation and aeronautic inspiration in Huracán styling.

2016: the Huracán Performante debut and the Nürburgring lap record

The 640 hp Huracán Performante stormed into markets in 2016: with Lamborghini’s patented ALA active aerodynamic innovations, it took the Nordschleife Nürburgring lap record for production cars and won awards around the world. In 2018, the Huracán Performante Spyder took the zenith of Huracán developments: the sublime combination of peerless technological innovation, performance and open-air driving. Like the Performante coupé, the Spyder outputs 640 hp at 8,000 rpm, producing 600 Nm of torque at 6,500 rpm, accelerating from 0-100 km/h in 3.1 seconds and 0-200 km/h in 9.3 seconds.

In 2019, the Huracán EVO ‘evolution’ debuted. The distinctive design defined the aerodynamic superiority and enhanced driving dynamics of this new model taking the 640 hp and extraordinary abilities of the Performante combined with rear-wheel steering, torque vectoring and LDVI with predictive logic. The EVO Spyder adopted the next-generation vehicle dynamic control and aerodynamics developed for the coupé, with the 5.2-liter naturally aspirated Lamborghini V10 engine uprated for a higher power output and incorporating Titanium intake valves. In 2020, the Huracán EVO Rear-Wheel Drive (RWD) was presented delivering 610 hp of power at 8,000 rpm and 560 Nm of torque at 6,500 rpm to a lightweight car with rear-wheel drive and dynamic steering for maximum driving fun. The Huracán EVO RWD has a top speed of 325 km/h and accelerates from 0 to 100 km/h in 3.3 seconds.  In the same year, Automobili Lamborghini was the first automotive brand to use Augmented Reality (AR) for the virtual launch of a new model, the Huracán EVO RWD Spyder. Using Apple’s AR Quick Look, the company brought its latest V10 super sports car directly to customers and fans worldwide.

2021: the Huracán STO – Lamborghini Squadra Corse at its heart

The Huracán STO (Super Trofeo Omologata) launched in 2021 delivered Lamborghini’s motorsport experience and know-how in a homologated road car. It has been inspired by the Huracán EVO Super Trofeo developed by Squadra Corse for Lamborghini’s own race series, as well as the Huracán EVO GT3, three-time winner of the 24 Hours of Daytona and two-time winner of the 12 Hours of Sebring. With its 640 hp naturally aspirated V10 engine generating 565 Nm at 6,500 rpm, the rear-wheel drive Huracán STO delivers exhilarating acceleration from 0 to 100 km/h in 3.0 seconds, from 0 to 200 km/h in 9.0 seconds, and a top speed of 310 km/h.

2022: the Huracán Tecnica, designed and engineered for the best of both worlds

The latest in the Huracán family, unveiled in April 2022, is the Huracán Tecnica: the next-generation rear-wheel drive V10, developed for pilots seeking driving fun and lifestyle perfection on both road and track. The Tecnica’s moniker embodies the advanced evolution of the Huracan’s technical prowess and, instantly distinguishable,is as much a Huracán innovation externally as it is under the hood, with its new looks accenting improved aerodynamics for heightened performance, stability and ease of use, particularly on a circuit.  Taking its engine from the Huracán STO, with an increase of 30 CV over the Huracán EVO rear-wheel drive (RWD), the powertrain delivers 565 Nm of torque at maximum 6,500 rpm and improved acceleration of 0-100 km/h in 3.2 seconds.

From connectivity to the digital world of E-sports

In 2021 Lamborghini became the first automaker to incorporate complete vehicle system control by Amazon Alexa in the Huracán EVO, and also first to adopt the what:three:words function for accurate navigation anywhere in the world. Lamborghini fans enjoy the Huracán in a host of video games and E-sports competitions including FORZA Horizon and Gran Turismo, Rocket League and Assetto Corsa Competizione.

More than 60% of Huracáns delivered have featured Ad Personam customization drawing on a vast palette of colors, trims and special materials. The Ad Personam program now offers around 300 exterior colors, but a customer can always request a unique option. Customers in central Europe, Japan and UK are the most inclined to tailor-made customization. Everyday objects such as furniture, sofas, bags, clothes,
but also make-up (eye shadows, nail varnish), precious stones and watchstraps inspire Lamborghini customers. They need to feel free to create something that represents them: their tastes, personality and everyday life. A Huracán rear-wheel drive for the Pope was created in papal colors and presented in the Vatican City to be auctioned
for charity.

Huracán Polizia: a long-standing relationship with the Italian Police

Several Huracáns have been delivered to the Italian police in a long-standing relationship: mainly used in medical emergencies, last year a Huracán delivered a transplant organ across 489 km from Padua to Rome in just over two hours.

Visitors touching down at Bologna’s Guglielmo Marconi airport have enjoyed the sight of Huracán follow-me cars leading planes onto aprons.

Huracán Adventures & Expeditions around the world

Huracáns have adventured across landscapes from Transylvania to the Scottish Highlands and Norwegian Lofoten islands, and amazed participants in Lamborghini Accademias on tracks and ice with their dynamic prowess.

From the road to the racetrack with Huracán Super Trofeo

The Huracán and its EVO successor have also created history on the racetrack. Almost 500 Huracán race cars have come off the production line in Super Trofeo and GT3 guise, including a limited Squadra Corse edition celebrating 10 years of Super Trofeo in 2019. Huracán GT3s have taken over than 40 championship titles and 117 victories in more than 12 series worldwide: Lamborghini is the only automaker to win the 24 Hours of Daytona GTD class three consecutive times, with the GT3 and GT3 EVO also winning the 24 Hours of Daytona and 12 Hours of Sebring double, two years in a row between 2018 and 2019. 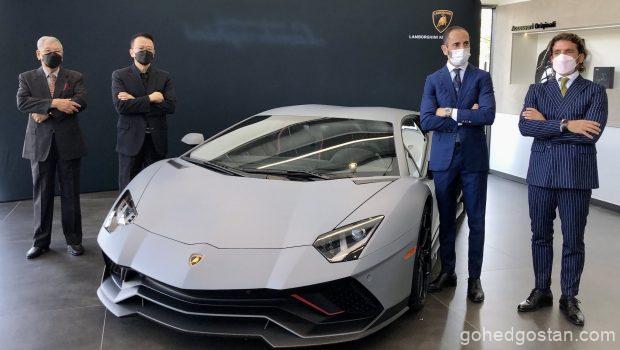 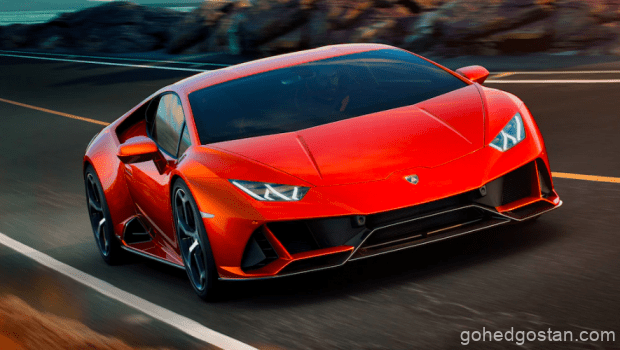