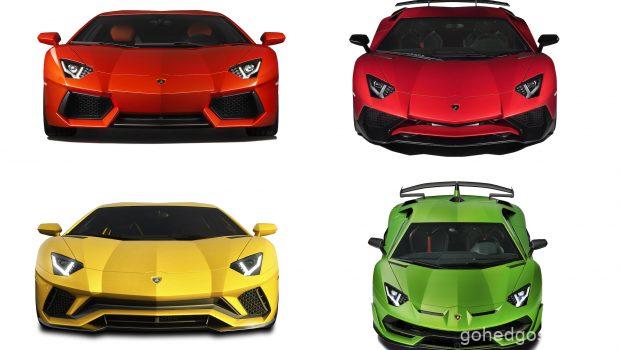 The use of a “single shell” carbon fibre monocoque had the company innovate in various areas. Together with a front and rear aluminium subframe, the entire chassis structure weighed in at just 229.5kg.

In the Aventador Roadster, carbon fibre was once again employed for the roof. The roof consisted of two sections, both weighing in under 6 kilograms.

With the Superveloce variant, even more lightweight materials were used called. For the first time in a production vehicle, Carbon Skin technology was used.

While Lamborghini had been offering V12 flagship supercars with all-wheel drive in the past, the Aventador made this system more reliable and sophisticated from the start. It features 3 main components for torque distribution between front and read axles:

This system was much more advanced than before, and even allowed for up to 60% of torque to be transferred to the front axles in critical situations.

Since the very first version, the Lamborghini Aventador has been fitted with the innovative Push Rod suspension system.  The system, inspired by Formula 1, features rods attached to the lower part of the hub housing of each wheel, which “transmit (push) the force” to the shock absorber-spring assemblies fitted horizontally in the upper part of the frame, at both the front and rear.

The Aventador has a robotized gearbox fitted, extraordinary in 2011 for a road super sports car. The system (seven-speed plus reverse gear) delivers extremely fast gear changes. The Independent Shifting Rod (ISR) gearbox features two lightweight carbon fiber shifting rods that move the synchronizers simultaneously: one for gear engagement and one for disengagement. This system has made it possible for Lamborghini to achieve a gearshift time of just 50 milliseconds, the speed at which the human eye moves.

Driving style customization has also evolved alongside the Aventador. The Aventador LP 700-4 driving modes offered five styles of gearbox: three manual (Strada, Sport, and Corsa) and two automatic (Strada-auto and Sport-auto). On the Aventador Superveloce, however, these modes had an increased ability to modify the driving set-up, giving the option through the three Drive Select system modes (Strada, Sport, and Corsa), to adjust the engine, transmission, differentials, shock absorbers, and steering.

A major evolution came with the Aventador S, allowing the driver to choose between four different driving modes: STRADA, SPORT, CORSA, and EGO. The new EGO driving mode allows the driver to choose from several additional configuration profiles that can be customized by selecting the preferred criteria for traction, steering, and suspension within the range of the STRADA, SPORT, and CORSA settings.

On the Aventador, longitudinal control comes from the Lamborghini Dinamica Veicolo Attiva (LDVA – Lamborghini Active Vehicle Dynamics) control unit, an improved ESC strategy introduced for the first time on the Aventador S, with faster and more precise control of traction and vehicle handling according to the driving mode selected.

LDVA is a kind of electronic brain that receives accurate real-time information about the movement of the vehicle through inputs transmitted by all the car sensors. It can therefore instantly define the best set-up for all active systems, guaranteeing the best handling behavior for all driving conditions.

To improve the roadholding and performance of the Aventador, the Aerodinamica Lamborghini Attiva 2.0 system was introduced on the SVJ version, as well as an improved second generation LDVA system.

The ALA system, patented by Lamborghini, which first appeared on the Huracán Performante, was upgraded to ALA 2.0 on the Aventador SVJ. It was recalibrated to take into account the car’s greater lateral acceleration, and at the same time new air intake and aero channel designs were introduced.

The ALA system actively varies the aerodynamic load to achieve high downforce or low drag, depending on the dynamic conditions. Electronically actuated motors open or close active flaps in the front splitter and on the engine hood, which direct the airflow in the front and rear sections. The Lamborghini Dinamica Veicolo Attiva 2.0 (LDVA 2.0) control unit, with improved inertial sensors, controls all electronic systems on the car in real time, with the ALA system flaps activated in less than 500 milliseconds to guarantee the best aerodynamic configuration under any driving conditions.

With the introduction of the Aventador S, lateral control now benefits from the all-wheel steering system, adopted for the first time on a Lamborghini series car. This system provides greater agility at low and medium speeds and more stability at high speeds. It is combined with Lamborghini Dynamic Steering (LDS) on the front axle, guaranteeing a more natural response and greater reactivity on tighter bends, and is specifically adapted to be integrated with the Lamborghini Rear-wheel Steering (LRS) system.

Two separate actuators react within five milliseconds to the driver’s steering, allowing real-time angle adjustment and improved balance between roadholding and traction. At low speed, the rear wheels are in the opposite direction to the steering angle, thus virtually reducing the wheelbase. At high speed, on the other hand, the front and rear wheels are in the same direction as the steering, a set-up that allows the wheelbase to be virtually increased, ensuring greater stability, and optimizing the reactivity of the vehicle.

Since 2011, Lamborghini has been committed to reducing consumption and pollution and, above all, to increasing efficiency. From the LP 700-4 version, the Lamborghini Aventador has come with an innovative and rapid stop-start system with supercap for storing electrical power, enabling a significant reduction in fuel consumption. The Sant’Agata automaker introduced state-of-the-art technology for the new Aventador stop-start system, not seen before in the automotive industry: the electrical power to restart the engine after stopping (e.g., at traffic lights) is provided by the supercap, resulting in an extremely fast restart. The V12 restarts within 180 milliseconds, much faster than a conventional stop-start system. In line with Lamborghini’s philosophy of lightweight construction, the new technology results in a weight reduction of 3 kg. A traditional vehicle battery powers only the electronic systems, is smaller in size, and lasts for almost the whole life of the vehicle.

The second technology that increases efficiency is the Cylinder Deactivation System (CDS). When operating at a reduced load and at driving speeds below 135 km/h, the CDS deactivates one of the two cylinder banks, so that the engine continues to function as a straight-six engine. At the slightest touch of the accelerator, full power becomes available again. Both the CDS and stop-start system work incredibly fast, virtually without the driver noticing and without detracting in any way from the thrill of driving. They do, however, provide a significant improvement in efficiency: compared to the same car without these technologies, the Aventador’s combined fuel consumption is reduced by 7%. At highway speeds of around 130 km/h, the reduction in fuel consumption and polluting emissions is around 20%. 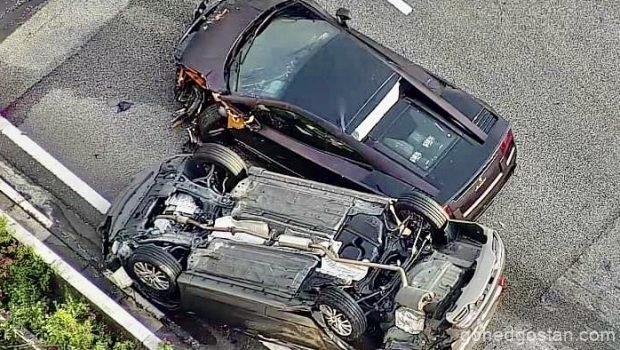