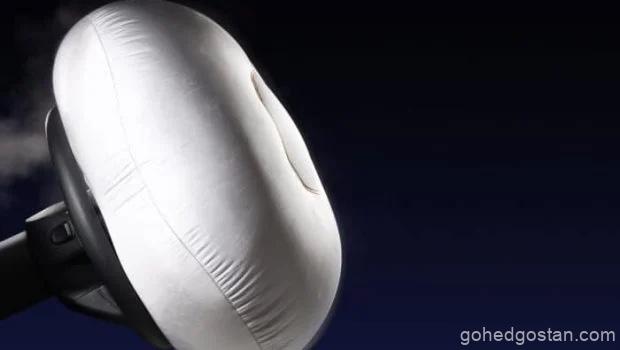 The innovation made its preview in December 1980: the driver’s airbag and seat belt tensioner (originally termed the belt tightener) were in those days the latest, cutting-edge innovations in safety from Mercedes-Benz. 40 years ago, back in 1980, a limited number of S-Class Saloons (126 model series) were the first cars to be delivered with this new technology and were another milestone in passive vehicle safety in a long line of outstanding innovations from the brand. The airbag was a joint development between the then Daimler-Benz AG and Bosch. More than 100 S-Class vehicles fitted with the new safety systems rolled off the assembly line in January and February 1981. This ushered in the triumph of a restraint system which was quickly adopted by many automotive manufacturers across the world.

The restraint system celebrated its world premiere at the Amsterdam International Motor Show from 5 to 15 February 1981. Just one month later, Mercedes-Benz presented the driver’s airbag and seat belt tensioner to the public at the Geneva Motor Show. The combination of both systems was initially only available for the S-Class and SEC Coupés as an optional extra costing DM 1,525.50.

Effective firing: The airbag and seat belt tensioner were soon available in 1982 as optional extras for all Mercedes-Benz passenger cars. By 1992, the driver’s airbag was standard equipment in all of the brand’s models, followed by a front passenger airbag as a standard safety feature in 1994. Numerous other airbags followed suit in subsequent years and these protective inflating cushions, fitted at various positions in the vehicle, have long since been an inherent part of the integral safety concept of Mercedes-Benz.

Minimising the impact: The protective airbag inflates within a few milliseconds in front of the occupants. Sensors detect a particularly strong deceleration, e.g. sudden braking in a severe head-on collision, and trigger the firing of a propellant charge. The resulting gas mixture, which at the time of the airbag’s invention mainly consisted of nitrogen, inflates a cushion-shaped fabric cover – the airbag. It offers the best possible protection in combination with the seat belt, both deployed to gently cushion the upper body when it is thrown forward by the impact.

Parallel development: Four decades ago, Mercedes-Benz also had another innovation up its sleeve for the seat belt. At the end of the 1980s, the brand launched the driver’s airbag together with the restraint system for the front passenger, at the time known as the “belt tightener”. But by 1984, the seat belt tensioner, as this safety feature is now more commonly known, had already become standard equipment for the front seats of all Mercedes-Benz passenger cars. The seat belt tensioner reacts to the same sensor signal as the driver’s airbag, which is also triggered by controlled pyrotechnics: a propellant charge is fired to tighten the seat’s three-point seat belt within milliseconds. This eliminates the typical slack between the occupant’s upper body and the seat belt and both driver and front passenger are held firmly in the seat by the seat belt.

The invention: The basic idea for the airbag was attributed, amongst others, to the hobby inventor, Walter Linderer. In the 1950s, he had designed what he described as an “inflatable container in a folded state, which automatically inflates in the event of danger”. On 6 October 1951, the Munich-born inventor filed for a patent for his “device to protect persons in vehicles against injury in the event of collisions” from the German Patent Office. Although in his application Linderer precisely described the principle of an airbag, the technical requirements for the sensors as well as those for rapid gas generation simply did not exist in those days. Conventional compressed air was not suitable for generating pressure because it took far too long to inflate the airbag. The elastic and extremely tear-resistant material required to make the airbag was also not available at the time. This remained the case for some years. Mercedes-Benz returned to the idea of the airbag in 1966 and started the initial trials for effective gas generation in 1967. The patent for an “impact protection device for vehicle occupants” (Patent No: DE 21 52 902 C2) was filed by the then Daimler-Benz AG in October 1971.

Continual advancements: After approximately 250 crash tests, more than 2,500 sled tests and thousands of trials on individual components, the Mercedes-Benz safety engineers managed to bring the technology to series production maturity over the next fifteen years. “SRS airbag” was the abbreviation initially to be seen on the steering wheels of Mercedes-Benz models equipped with this technology. SRS stands for “supplemental restraint system” because it supplements the seat belt, which is the primary restraint system. The impact absorbers in these steering wheels were voluminous in size because they had to accommodate a large fabric cover: when inflated, the first driver’s airbags had a volume of between 60 to 70 litres. The same is true for the development of the front passenger airbag. When it was presented at the International Motor Show in Frankfurt/Main in 1987, it occupied the entire glove box.

Statistics: It is very difficult to calculate the positive effect individual systems and safety measures have had on accident statistics. Nonetheless, the figures released by the German Federal Statistical Office speak for themselves: In 1980, 15,050 people were killed on German roads (in both East and West Germany), 6,915 of them were occupants of passenger cars. In 2000, the same figures fell to 7,503 and 4,396 fatalities respectively. And almost twenty years later: Germany recorded 3,046 road traffic victims in 2019, 1,346 of whom died in a passenger car. Owing to the fact that the number of vehicles on roads is continually rising, these figures are particularly impressive when compared to the number of traffic deaths per 10,000 vehicles. This figure was 4.5 in 1980 compared to 1.4 in 2000 and dropped to 0.5 in 2019.

Low in volume, high in safety: As airbag components became increasingly smaller over the years without compromising safety, it was possible to incorporate the airbag in other places inside the vehicle, apart from in the steering wheel or glove box. This was what developers were striving for, because although the first airbags could minimise the impact of a head-on collision, there were many other potential accident scenarios. In 1995, the sidebag was launched in the 210 model series E-Class, the window airbag was added to the extensive protection system in 1998 with the head/thorax sidebag to follow in 2001, the knee airbag in 2009 and the thorax/pelvis sidebag, the cushionbag and the very compact inflatable belt airbag in 2013. Launched in the S-Class of the 221 model series, the gas generators of “adaptive airbags” deployed in two stages depending on accident severity. The 223 model series S-Class, showcased in 2020, includes other new airbags such as the rear airbags, which are celebrating their world premiere. 40 years after the launch of the first ever driver’s airbag, this new rear airbag uses a radically new inflation concept with a tubular structure, designed to deploy frontal airbags for both outer rear seats for the very first time. In the event of severe head-on collisions, they can considerably reduce the load on the head and neck of passengers restrained by seat belts in these seats. 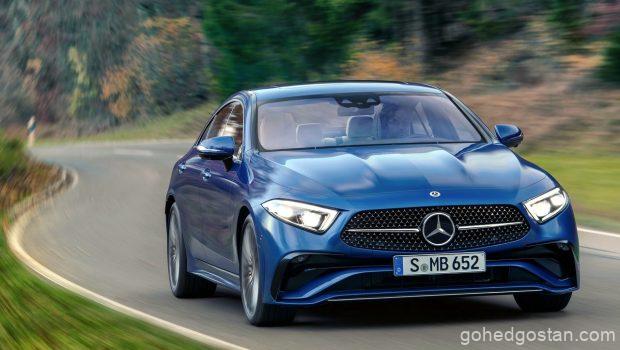 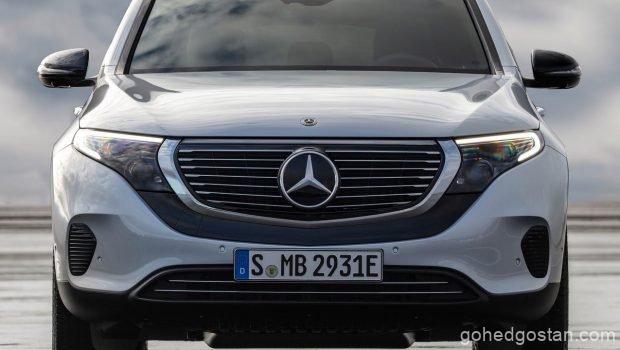