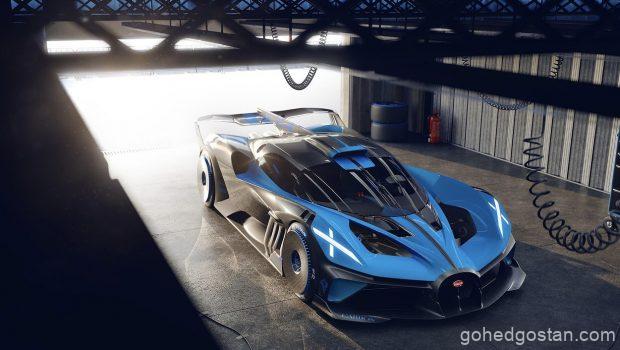 Reduced, raw, authentic. With the technological concept of the Bugatti Bolide, the French luxury car manufacturer is now providing the answer to the question what if Bugatti built a radically light vehicle around its iconic 8.0-litre W16 engine? The experimental study of the Bugatti Bolide is a track-oriented hyper sports car featuring a W16 engine derived from series production as powertrain combined with a minimal body for maximum downforce. It therefore promises to offer the ultimate Bugatti performance kick.

At the same time, the Bugatti Bolide is the most extreme, uncompromising, fastest and lightest vehicle concept in the company’s recent history – with an incredible weight-to-power ratio of 0.67 kg per PS. This is made possible by the combination of the W16 engine with 1,850 PS and a vehicle weight of just 1,240 kilograms. The Bugatti Bolide achieves figures that are almost on par with Formula 1 while its top speed is well above 500 km/h – without compromising maximum handling and maximum agility. The Bolide takes 3:07.1 minutes to complete a lap of Le Mans and 5:23.1 minutes to get around the Nordschleife.

The 8.0-litre W16-cylinder engine with 1,850 PS and 1,850 newton-metres of torque is at its heart. Bugatti has designed the drive specifically for use on the racetrack and has optimised the engine and gearbox in particular for higher engine speeds. Among other things, this includes dethrottling the intake and exhaust system to achieve an even faster, more spontaneous, and extreme response characteristic. The four newly developed turbochargers are fitted with optimised blades in order to build up more boost pressure and power at higher engine speeds. In order to achieve optimum lubrication even under extremely high centrifugal forces, the oil circuit, oil pressure, check valves, baffles, oil tanks, oil reservoirs, and pump design of the dry sump lubrication have been optimised. The weight of the drive system is also significantly reduced at the same time.

Instead of water-to-air intercooling, the Bugatti Bolide has air-to-air intercooling with water pre-cooling for optimal performance on the racetrack. The inflow takes place from the front via one internal and one external air duct on each side of the vehicle. The two water coolers, which are arranged in front of the front axle, provide a more effective radiator system in terms of flow than is customary even in Formula 1. Three air-cooled oil coolers for engine, transmission, and differential with water pre-cooling reduce the temperature even on dynamically demanding race laps. Newly developed and hybrid carbon titanium turbofan radial compressors ventilate and cool the high-performance racing brake system.

In order to achieve a dry weight of 1,240 kilograms, all the stops have been pulled out with regard to the materials and production processes used, both in terms of what is currently feasible and what will be possible in the future.

All the screw and fastening elements of the Bolide are made completely out of titanium. In addition, hollow, thin-walled functional components made of an aerospace titanium alloy are used in many places. These originate from a 3D printer and are extremely thin with wall thicknesses of up to 0.5 millimetres. However, they are still very stable with a tensile strength of 1,250 newtons per square millimetre. Hybrid components, such as the 0.5- metre-long auxiliary drive shaft, combine wound high-strength and ultra-stiff carbon fibres with 3D-printed titanium end fittings and can withstand a continuous operating temperature of up to 260 degrees Celsius. In this example, this reduces the weight by around half to 1.5 kilograms and, due to the reduction of the rotating masses, increases the revving ability of the engine at the same time. The forces acting on the front and rear wings are transferred by ultralight but very solid titanium elements. They weigh a mere 600 grams at the front and an astounding 325 grams at the rear.

A worldwide innovation is the morphable outer skin of the intake scoop on the roof, which provides active airflow optimisation. If the vehicle is driven at a slow speed, the surface of the scoop remains smooth. In contrast, a field of bubbles bulges out when driven at fast speeds. This reduces the aerodynamic drag of the scoop by 10 percent and ensures a 17 percent reduction in lift forces. In addition, the flow onto the rear wing is optimised. At 320 km/h, the downforce is at 1,800 kilograms at the rear wing and 800 kilograms at the front wing.

As in Formula 1, the Bolide decelerates with racing brakes with ceramic discs and coatings. The brake callipers weigh only 2.4 kilograms each. The front forged magnesium rims with central lock weigh 7.4 kilograms, while the ones at the rear weigh 8.4 kilograms – with a very wide tyre size of 340 millimetres on the front axle and 400 millimetres on the rear axle (Chiron: 285 mm at the front and 355 mm at the rear). A compressed-air-driven jack system with four rams makes tyre changing easier, a quick refuelling system allows pressure refuelling.

Among other things, a push rod kinematics system with horizontal dampers ensures precise handling. The oil reservoirs are arranged inside the dampers, which improves aerodynamics. Weighing only 100 grams, the push-rods are designed as a thin-walled and flow-optimised titanium lightweight construction with a buckling load of 3.5 tonnes, which corresponds to a dry weight of nearly two Chirons. The welded control arms made of aerospace-grade stainless steel have a tensile strength of 1,200 newtons per square millimetre and are also designed as wing profiles.

Light monocoque made of carbon

The Bugatti team developed a light monocoque made of carbon around the drive. The integral front end flanged to it is also made of high-strength carbon fibres, as are the fully aerodynamically effective underbody and the monocoque itself. The single-fibre tensile strength of the fibres used is 6,750 newtons per square millimetre, the single-fibre stiffness is 350,000 newtons per square millimetre. These represent figures that are only reached in the aerospace industry. The rear frame, designed as a welded steel assembly, offers a maximum tensile strength of 1,200 newtons per square millimetre, despite a wall thickness of only 1 millimetre – this is made possible by the use of high-strength stainless steel, which is otherwise only used in aviation.

With an overall height of only 995 millimetres, the Bugatti Bolide is exactly the same height as the historic Bugatti Type 35, depending on the steering wheel and truncated windscreen, and about 300 millimetres flatter than the Chiron. The wheelbase is 2.75 metres and the width 1.99 metres. Like in an LMP1 racing car, the occupants fold up the doors that are hinged at the front at an angle, sit on a sill that is only 70 millimetres wide, as in a Type 35, and then position their feet in the interior. Thanks to a side wall that is about 150 millimetres lower than that of the Type 35, the procedure is quick and easy – for drivers up to a body height of 2 metres.

Safety is ensured with safety equipment designed in accordance with FIA regulations. These include HANS device compatibility, an automatic fire extinguishing system, a towing device, pressure refuelling with fuel bladder, central locks for the wheels, lightweight polycarbonate windows, and a six-point harness system. The monocoque side floors with integrated carbon coolant pipes are simultaneously designed as side impact structures and structural reinforcement of the monocoque. The driver can see all the relevant data on a motorsport display. For an optimum sitting position, both the pedals and the passenger footrest can be moved by 150 millimetres.

The design – the quintessence of form follows performance

The experimental study of the Bugatti Bolide is also a very special project for Achim Anscheidt, Director of Design at Bugatti. “In my 16 years at Bugatti, I have never worked on a more extreme concept.” The design of the Bolide is radically tailored to the idea of lightweight construction, and the design principle therefore follows on from the overriding goal of achieving a fascinating weight-to-power ratio of 0.67 kilograms per PS.

The stylistic challenge was to transform the unyielding demands of aerodynamics and lightweight construction into an aesthetic that reflects the unique Bugatti DNA, but at the same time illustrates the ambition of an impressive weight-to-power ratio. The overall appearance is dominated by air ducts that are more reminiscent of aerodynamically sophisticated Formula 1 racing cars than classic sports cars. The seemingly filigree and half-open front end is a striking example of the combination of air duct expertise, lightweight construction requirements, and aesthetic dynamics.

The dramatic effect of the overall proportions is made clear by the aerodynamically favourable overall height of only 995 millimetres. The driver’s ultra-sporty seating permits the low-slung shape of an automotive low-flying aircraft. It is therefore not surprising that the appearance of the Bugatti Bolide invokes the so-called X-planes of aviation history and shows a clear X signature from every perspective. It is indirectly reminiscent of the Bell X-1 jet aircraft which was flown by Captain Charles “Chuck” Yeager 1947, the first person to break the sound barrier at Mach 1.06. The Bugatti Bolide “X-periment” has the shape of an aerodynamically optimised, uncompromising racing car and offers ultra-sporty, superlative performance – with no hint of luxury.

As with other Bugatti vehicles, the Bugatti design team also makes use of a colour split in the Bolide. Compared with other models, the share of visible carbon parts is increased by up to 60 percent. Only around 40 percent of the surfaces are painted – in a re-interpretation of the historic French Racing Blue.

With the Type 35, Bugatti produced one of the most successful racing cars of all time. The open-top sports car achieved over 2,000 victories between 1924 and 1930. Today, the Type 35 is a legend in racing history. It was inimitable in terms of technology, design, and performance in its time – and still is today. Ettore Bugatti used a double roller bearing and triple ball bearing crank mechanism for the first time. This allowed the engine to rotate at up to 6,000 rpm to move the eight pistons. Two carburettors increased the power to an initial 95 PS. With this engine, the first Type 35 cars were able to reach speeds of over 190 km/h. In the later Type 35 B evolutionary models with a 2.3-litre eight-cylinder engine and compressor, the power output increased to 140 PS, and the Bugatti achieved a top speed of more than 215 km/h.

As well as their incredible power, the engines were primarily renowned for their reliability and endurance. And their lightness. Ettore Bugatti did not compromise when it came to lightweight construction and best possible driveability. He developed special smooth-running wheels to reduce the unsprung masses and, as a result, improve the response of the suspension. The new hollow-bored and forged front axle weighed only 10 kilograms and was nevertheless still stable. A race-ready Bugatti Type 35 weighed only around 750 kilograms. A masterpiece in terms of the weight-to-power ratio.

The verdict – a track-oriented thoroughbred of modern times

The Bugatti Bolide is the unrivalled technological concept of a track-focused Bugatti hyper sports car. The combination of 1,850 PS and 1,240 kilograms dry weight ensures an unbelievable weight-to-power ratio. This puts the Bolide with its W16 engine at the absolute pinnacle in terms of combustion engines used in automotive engineering. “For the first time, we are showing what the W16 engine is really capable of. We have freed the vehicle of all baggage and have illustrated and combined the engine with the lightest possible chassis to create the ultimate Bugatti and to ensure the ultimate driving experience. With the Bolide, we are presenting our interpretation of a Bugatti track car of modern times to Bugatti enthusiasts all over the world and finally make their most fervent wishes come true,” explains Stephan Winkelmann.

Whether the Bugatti Bolide will go into series production, has not been decided yet. 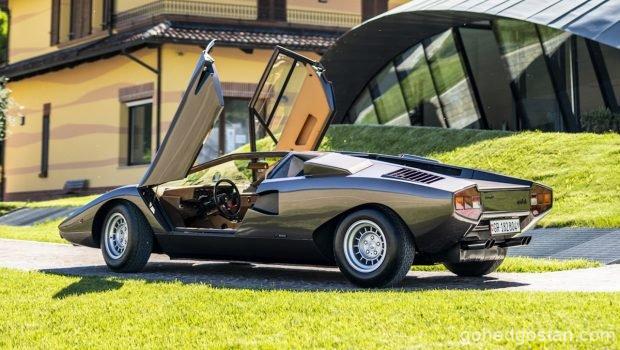 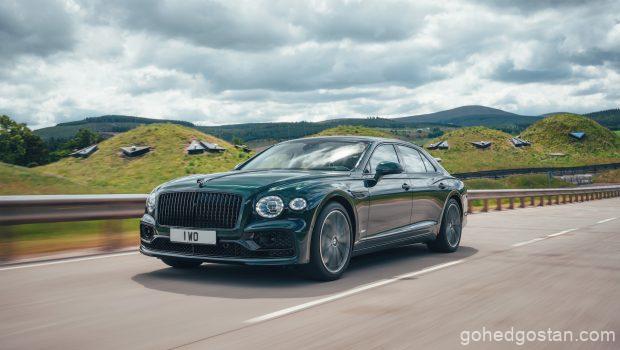