Mercedes-Benz continued its success story 35 years ago: The 124 model series estate celebrated its premiere at the International Motor Show (IAA) in Frankfurt/Main between 12 and 22 September 1985. It marks the brand’s first combination saloon called E-Class, and is only the second estate in the E-Class history. The estate, or T-Modell in German, “T” being short for tourism and transport, is closely related to the saloon presented in December 1984. As individual 124 model series body shapes, coupés (1987) and cabriolets (1991) would later complement the range. Saloons with a long wheelbase and chassis variants for special-purpose bodies with a short and long wheelbase were also available. Until 1996 a total of 340,503 units of this lifestyle estate were built at the Mercedes-Benz plant in Bremen. The S 124, which was its internal designation, has long since established itself as a popular modern classic with iconic status and many benefits.

The estate is a further masterpiece drawn up by the Design department headed up by Bruno Sacco. At first glance, the front and centre sections of the saloon and estate seem identical. However, there are subtle differences. For instance, the estate’s roof is somewhat higher than the saloon’s. Designers and engineers harmoniously implemented this difference by making the sheet metal surfaces between the fold above the doors and the cover strips towards the central roof section slightly steeper. The rear with a larger volume changes the aerodynamics: the estate boasts a drag coefficient of cd = 0.340, the saloon’s value stands at cd = 0.300.

The floor assembly was modified at the rear to create an even loading area. Since the fuel tank, installed behind the rear seat backrest in the saloon, would be in the way here, the component was relocated to underneath the vehicle floor at the rear. The special design of the top side of the tank and the vehicle floor featuring oblique contact surfaces contributes to passive safety: in the event of a rear-end collision severe enough to deform the frame side members, the fuel tank is deflected towards the bottom and held by arrester cables.

The estate’s range initially included engines with an output range between 53 kW (72 hp) in the 200 TD to 138 kW (182 hp) in the 300 TE. The model range differs from the saloon’s in terms of detail: for instance, the 300 TD TURBO featuring the three-litre turbocharged OM 603 D 30 A six-cylinder diesel engine generating 105 kW (143 hp) was exclusively available for the 124 model series estate. Further, the engine is also installed in the 300 SDL S-Class export model for North America. The 300 TD TURBO was initially also produced as an export model, but was additionally available in Germany from 1987. All estates with petrol engines, initially excluding the 200 T, optionally featured a lambda-probe-equipped emissions control system with three-way catalytic converter. The so-called “RÜF-Version” was alternatively available: without a catalytic converter and lambda probe, but with the multifunctional mixture preparation and ignition system. It was no problem to retrofit lambda-probe-equipped catalytic converters in RÜF-Version vehicles. From September 1986 the catalytic converter formed part of the standard scope of all estates powered by a petrol engine.

In terms of the suspension, the estate’s shock-absorber strut front axle was identical to the one in the saloon. The multi-link rear axle had been combined with hydropneumatic level control as a standard feature. Unlike the predecessor, 124 model series estates came with a shorter rear axle ratio compared with their saloon counterparts.

The 124 model series estate was successful from the get-go, convincing its customers across two facelifts and a total production time spanning more than ten years. Continuously enhanced developments also played their part in this context. For instance, 4MATIC, the new all-wheel drive concept development for passenger cars, had already been showcased at the 1985 IAA in the 300 TE and 300 TD Turbodiesel. As of April 1987, the 300 TE 4MATIC launched into series production, followed in August 1987 by the 300 TD TURBO 4MATIC. The complex four-wheel drive system was available at an extra charge of 12,000 German Marks.

September 1989 saw Mercedes-Benz introduce a comprehensive facelift for the 124 model series estate. Its exterior characteristics include elements, such as doors and sills with plastic trim, painted outside mirrors and numerous chrome strips. Reinforced side windows lower the noise level in the vehicle interior and revised seats boost comfort. The new Sportline package is optionally available for all two-wheel drive types. It comes with lowered suspension, wider tyres and front seats with improved lateral guidance as well as a leather steering wheel and a selector lever with leather trim.

In as early as September 1988, the 200 TE already supplemented the type range with an introductory-level model with an injection engine. In 1988 and 1989 diesel engines were upgraded with a pre-chamber featuring inclined injection to reduce particulate and pollutant emissions. The six-cylinder M 104 featuring four valves per cylinder in the new 300 TE-24 (162 kW/220 hp) was introduced alongside the facelift. As of June 1990, the 250 TD TURBO was exclusively produced for export to Italy. In September 1992, the M 111 model series four-valve, four-cylinder engines succeeded its M 102 model series predecessors in the 200 TE and 220 TE. The M 104 model series three-litre engine in the 300 TE evolved into two variants with engine capacities of 3.2 and 2.8 litres in the 320 TE and 280 TE. As of 1992, airbag, central locking and electrically adjustable outside mirrors formed part of the 124 model series estate’s standard equipment.

A new name for the estate

As of June 1993, the S 124 was the first Mercedes-Benz estate to bear the E-Class designation. The new nomenclature followed the principles applied to the S-Class and C-Class. From now on, the type designation consisted of the preceding letter E and a sequence of digits derived from the engine capacity as well as the corresponding indicator for models powered by a diesel engine. For example, the 300 TD was now known as the E 300 Diesel Estate, whereby the tailgate merely said E 300 DIESEL. In 1993, the first passenger car diesel engines with four valves represented a world first in the E-Class. The OM 605 D 25 and OM 606 D 30 featuring a three-stage resonance switchover intake system generated more torque and output across a significantly enhanced engine speed range. At the same time, they cut the fuel consumption under full load by up to 8 per cent. As of 1993, all diesel-powered models featured an oxidation catalytic converter and exhaust gas recirculation.

The panel radiator grille is the most prominent exterior feature of this facelift. It guaranteed a uniform appearance in line with the 140 model series S-Class and the 202 model series C-Class. The front turn indicators now featured transparent lenses and the bumpers’ protective strips were now no longer black, but painted in the same colour as the attachments.

In terms of the E-Class estate, the direct collaboration between Mercedes-Benz and AMG resulted in the E 36 AMG (200 kW/272 hp) high-performance vehicle in 1993. AMG developed the 3.6-litre engine in Affalterbach on the basis of the M 104 standard engine with a capacity of 3.2 litres and thus converted it from a short-stroke to a long-stroke engine, amongst other things. The E 36 AMG Estate was delivered with a four-speed automatic transmission as standard equipment and boasted a top speed of 240 km/h.

However, the top-of-the-range engine introduced in 1993 was not the first 124 model series estate to be worked on by performance specialists at the engineering office managed by Hans Werner Aufrecht and Erhard Melcher. Even before the official collaboration with Mercedes-Benz, the original AMG company had been completely independently designing and producing high-performance vehicles featuring a V8 engine on the basis of the lifestyle estate in the 1980s – these vehicles were nicknamed “The Hammer”. Variants ranged from the 300 TE 5.0 with an engine capacity of 4973 cubic centimetres to the 300 TE 6.0 boasting an engine capacity of 5953 cubic centimetres. The output range stretched from 203 kW (276 hp) to 283 kW (385 hp). 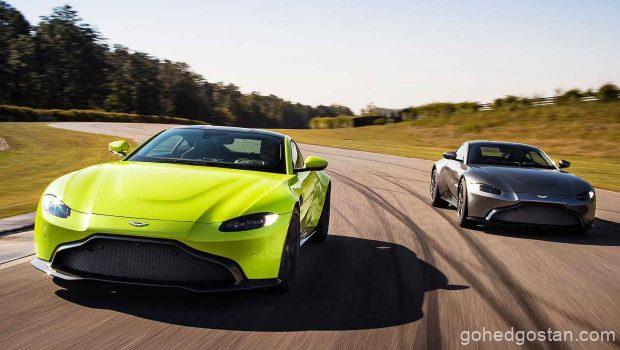 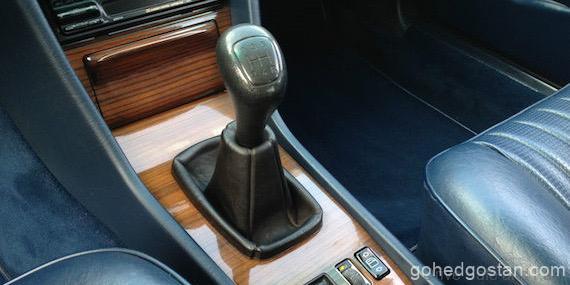 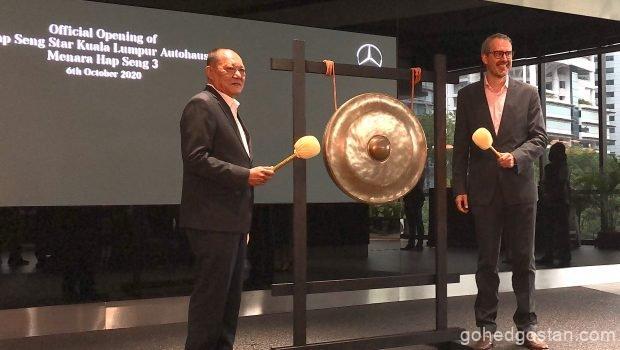 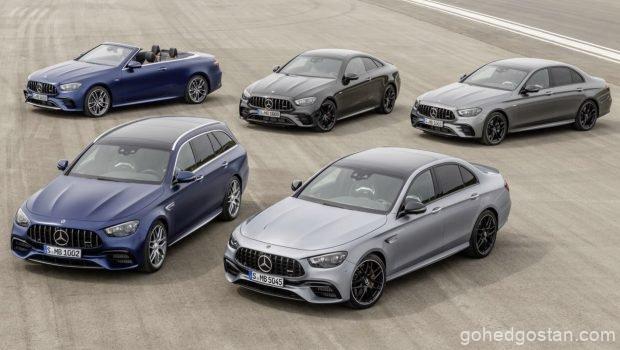