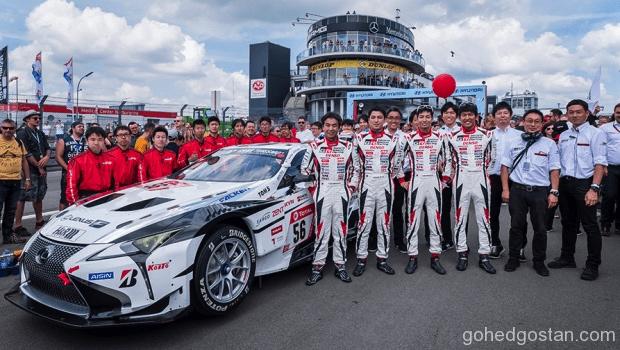 Since our inaugural participation in 2007, TOYOTA GAZOO Racing has competed in the 24 Hours of Nürburgring for 13 consecutive years, and this race is the root of our activities in pursuit of “making ever-better cars.” Toyota mechanics and engineers had intended to participate in this year’s edition of the 24 Hours of Nürburgring with a Lexus LC race car they created themselves and were proceeding with the necessary preparations.

However, the global spread of COVID-19 has resulted in travel restrictions and the TGR team did not have enough opportunities to conduct driving tests in the Nürburgring on track, and this has had a substantial impact on the development of the race car.

This year, the team was planning to run a new engine and peripheral technologies in the Lexus LC. In the present circumstances, however, and given how demanding the 24 Hours of Nürburgring is for race cars, it would have proven more difficult for the team and the race car to complete the 24 hours race in a safe manner. For these reasons, TOYOTA GAZOO Racing has decided not to participate in this year’s 24 Hours of Nürburgring. We apologize to our fans who are always supporting us and who had been awaiting this year’s 24 Hours race, but ask for your understanding of our decision.

Nevertheless, the 24 Hours of Nürburgring continues to be the root of TOYOTA GAZOO Racing activities, and its importance to our organization remains unchanged. We therefore are committed to resume participation in the race next year onward. Our decision not to take part this year has freed up time, which we intend to use effectively by beginning preparations early for next year’s race. We intend to do everything we can to ensure that we line up for the 2021 edition of the 24 Hours of Nürburgring, which is set to be held in June, with an even stronger team and car, and that we fulfill the expectations of our fans. We very much appreciate your continued support.

The other day, a friend who lives in Nürburg sent me a photograph of the “Nürburg cherry blossoms”―beautiful flowers that bloomed again this year. For the past 13 years, every year, the team and I have prayed for safety and pledged to make ever-better cars in front of those cherry blossoms before the race. We are unable to do so this year, and my disappointment is immense.

Even in these adverse circumstances, and although I am far away in Japan, while looking at the photograph I once again pledged to continue making ever-better cars.

We have chosen not to participate in this year’s race. However, together with all our mechanics, engineers, professional drivers, suppliers, sponsors, and partners, we will continue to take on the challenges of making ever-better cars. It is my hope that all our fans continue to watch over our activities and continue lending their tremendous support.