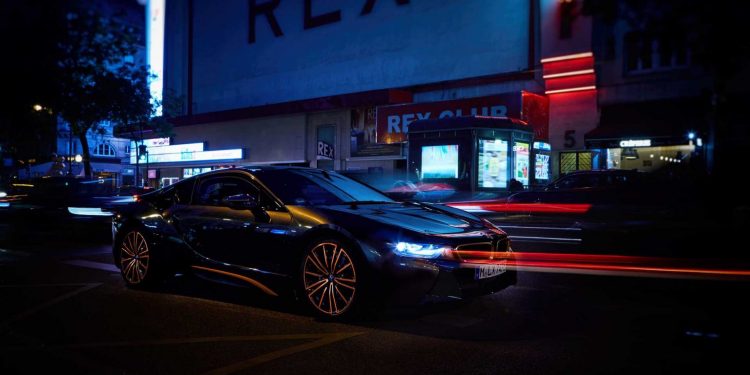 KENYATAAN MEDIA BMW: The final stretch on the way to the “Hall of Fame” of BMW sports cars: Six years after its market launch, the BMW i8 ends its product life cycle. When production of the BMW i8 Coupé (fuel consumption combined: 1.8 l/100 km; combined power consumption: 14.0 kWh/100 km; combined CO2 emissions: 42 g/km*) and the BMW i8 Roadster (combined fuel consumption: 2.0 l/100 km; combined power consumption: 14.5 kWh/100 km; combined CO2 emissions: 46 g/km) ceases, the plug-in hybrid sports cars will have long secured their place among the company’s milestones. The BMW i8 started its worldwide success story as a unique symbiosis of futuristic design and pioneering technology. The BMW Group’s first plug-in hybrid model paved the way for driving pleasure that was as dynamic as it was sustainable and became the epitome of the fascination of driving with electrified drive technology. It laid the foundation for the BMW Group’s now broad range of plug-in hybrid models. At the same time, the BMW i8 developed into the world’s most successful sports car with an electrified drive system. With more than 20 000 units sold since 2014, it achieved higher sales than all competitors in its segment combined.

The BMW Vision EfficientDynamics was already an enticing prospect for the future of individual mobility. The concept study presented at the International Motor Show (IAA) in Frankfurt in 2009 represented the promise of combining hallmark BMW driving pleasure and inspiring design with pioneering sustainability. The study of a 2+2-seater sports car with gull-wing doors, a reinterpretation of the typical BMW design language, plug-in hybrid system and four-wheel drive that is entirely geared towards aesthetics and efficiency, met with an overwhelming response. With the announcement that the central features of its design and technology would be transferred to a production vehicle of the new BMW i brand and thus start into a new era of driving pleasure the BMW Group soon triggered enthusiastic reactions.

The launchpad for a consistent electrification strategy.

As a pioneer and flagship for driving pleasure with plug-in hybrid technology, the BMW i8 was the ideal vehicle for the job right from the start. And this not only applies to its role as Safety Car in the FIA Formula E Championship, which it already took on in 2014. The BMW i8 is the world’s first sports car that had been developed with sustainability in mind right from the outset. In particular, new paths were forged with the BMW i specific vehicle architecture and the plug-in hybrid system. The combination of a passenger cell made of carbon fibre reinforced plastic (CFRP) with an aluminium chassis was just as revolutionary as the intelligently controlled interaction of the combustion engine and electric motor. The vehicle concept of a 2+2-seater, the aerodynamically optimized design, the intelligent lightweight construction and the innovative drive concept were aimed at resolving the contradiction between dynamics and efficiency that prevails in conventional automotive engineering. As a result of this innovative approach, the BMW i8 offers the driving performance of a top-class sports car – combined with average fuel consumption at small car level.

The control of its plug-in hybrid system was designed both for dynamic power delivery and for the most efficient interaction of the two engines. The combustion engine with BMW TwinPower Turbo technology transfers its power to the rear wheels. The electric motor drives the front wheels. The result is a hybrid-specific all-wheel drive with a noticeably positive influence on traction, agility and driving stability. This, and the spontaneous power delivery of the electric motor with a maximum torque of 250 Nm available immediately from standstill, means that the sporting character of the BMW i8 also comes into its own in purely electric and therefore locally emission-free driving. Up to 120 km/h can be reached in pure electric driving mode. The combined drive torque of both engines unleashes inspiring performance characteristics in the style of a high-performance sports car.

Driving dynamics and efficiency are also enhanced by the LifeDrive architecture typical for BMW i. The design principle of the BMW i8 was completely and exclusively geared to a plug-in hybrid drive from the ground up. The body structure and powertrain were developed as a conceptual unit, which helped the BMW i8 achieve the authentic character of a trailblazing sports car. The passenger cell (life module) made of carbon fibre reinforced plastic (CFRP) and the drive module made of aluminium, which in addition to the engines, power electronics and chassis also includes the structural and crash functions, not only enabled a DIN empty weight of less than 1 500 kilograms, but also a balanced axle load distribution in the ratio 50 : 50. And since the high-voltage battery was placed centrally and low in the vehicle, the centre of gravity was shifted far down.

Right from the start, the pioneering function of the BMW i8 extended far beyond establishing BMW eDrive technology in an iconic sports car. The extensive use of CFRP in the body structure and the clearly visible measures to reduce air resistance, set new standards in the areas of intelligent lightweight construction and aerodynamics. Together with the BMW i3, the plug-in hybrid sports car paved the way for innovative manufacturing technologies, with which the BMW Group became a pioneer in the use of CFRP in the industrial production of series-produced automobiles. The experience gained at BMW i with this particularly light high-tech material secured the BMW Group lightweight construction expertise that is unique in the automotive industry and has since been used in the development of CFRP components for other BMW models.

The progressive character of the BMW i8 was also evident at first glance in the expressive yet aerodynamically optimised design of its exterior. Its dynamic sports car proportions and the gull-wing-like doors that swing open to the front still attract attention today. The flat front end, the almost completely closed BMW kidney grille, air curtains in the front apron, the covered underbody, contoured side skirts, the lines of the side section known as Stream Flow, and the air ducts between the rear lights and the roof frame also allow the wind to be directed in a targeted manner. It not only results in a low drag coefficient (Cd value) of 0.26, but also in an exceptionally favourable aerodynamic balance. The ideal ratio of air resistance and lift for driving dynamics and safety is characteristic of this and is achieved without additional spoiler attachments.

The selection of materials for the interior and in the production of the BMW i8 was focussed greatly on sustainability. The leather used for the surfaces of the seats and instrument panel is tanned with an extract of olive tree leaves. The starting material for the textile materials is a polyester granulate, which comes from recycled PET, among other things.

The holistic sustainability concept that is characteristic of BMW i vehicles extends from development and design to production, use and recycling and thus covers the entire value chain. Not only is the proportion of recycled plastics exceptionally high, most of the aluminium used in the BMW i8 is also either obtained by recycling or produced using regenerative energy. In addition, the electricity required for the production of the BMW i8 Coupé and the BMW i8 Roadster at the BMW plant in Leipzig comes from four wind turbines on the plant premises. The electrical energy required for carbon fibre production in Moses Lake in the US state of Washington is generated from 100% hydropower.

At its market launch, the BMW i8 was the world’s first series-produced car to be equipped with innovative laser headlights. Following its world premiere in the BMW i8, the BMW laser light was also introduced in other models – first in the luxury sedans of the BMW 7 Series and then in numerous other model series. The BMW laser light provides particularly intensive illumination of the road and a considerable increase in the range of the high beam. At the same time, the energy consumption is again significantly reduced, even compared to the already particularly efficient LED headlights.

In the field of drive technology, the forefather of all plug-in hybrid models in the BMW Group was also the pioneer of a new generation of combustion engines. A new 3-cylinder petrol engine with BMW TwinPower Turbo technology was used for the first time in the BMW i8. The 1.5 litre engine was characterised both by a particularly compact design and an exceptionally high specific power output. With 113 kW/154 hp per litre displacement, a new record for BMW series models was achieved.

With the world premiere of the BMW i8 Roadster, fresh impetus for sustainable driving pleasure was provided in autumn 2017. The open two-seater now offered the opportunity to experience the fascination of this visionary sports car in the open air – a truly pure experience in purely electric drive mode.

Innovative production processes were used in the construction of the soft top for the roadster. For the first time, the aluminium connecting parts of the soft top mechanism to the bodywork were manufactured using a new type of 3D printing process. This manufacturing process for aluminium components, which is new to the automotive sector, makes it possible to produce the topology-optimised struts in a geometric shape that would not be possible using conventional casting methods and ensures an optimum balance between component rigidity and weight. Thanks to the expertise acquired by BMW i, additive manufacturing processes can now be used for a steadily increasing number of components and in models of various series. 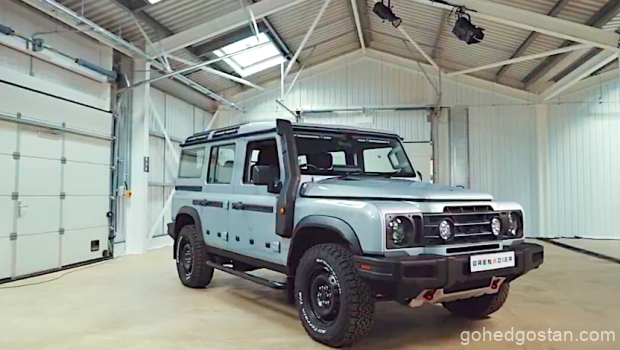