It will be at least a week of celebrations for the management at Crewe in England and also the wining team at Bentley Team M-Sport with this win at Bathurst. For 2020, the Bentley Motorsport programme is its largest yet, with elite customer teams competing in the world’s leading GT3 championships and its works-supported Bentley Team M-Sport outfit entering the highest level of GT3 competition in the Intercontinental GT Challenge (IGTC).

A late scare thanks to incoming weather didn’t put off the squad with Frenchman Gounon bringing the car home over half a minute ahead of their next closest competitor, crushing the field in the final portion of the race.

Resetting the race distance record at 313 laps, car #7 finished the race mere seconds before the heavens opened, making it difficult for the rest of the field to complete the 12 hour endurance event.

As the ten-hour mark passed, the #888 Mercedes AMG ended up in the pits like clockwork, coming in from second with Shane van Gisbergen taking over from Maxi Gotz after the German struggled through his stint on old rubber.

Returning to the track earlier in the race after suffering a fire in the pit lane, trouble struck the #95 MARC II as it came in for another stop, again catching alight with Warren Luff being in the hot seat for the second time.

Dirk Werner finally relinquished the lead on lap 267, taking his stop and putting Austrian Thomas Preining behind the wheel of the #912, also taking on four tyres which would take it to the flag.

With everyone only needing one stop to make the end of the race, Raffaele Marciello led by a slender margin, driving the #999 Mercedes-AMG Team GruppeM Racing but with the #7 Bentley Team M-Sport car close behind and on fresher rubber.

The battle for third picked up with Ben Barnicoat having one foot on the podium aboard the #60 McLaren 720S, heading up Eduardo Liberati in the #18 Nissan GTR and Maro Engel’s #77 Mercedes AMG GT3, those positions being swapped after some aggressive moves from the German.

Gounon ranged up to the back of Marciello as both edged closer and closer to their final round of stops, the Bentley making use of fresh rubber to put the Italian ace under pressure on older Pirelli rubber.

Liberati finished his race and put Alexandre Imperatori behind the wheel of the #18 KCMG car, just under 75 minutes remaining and returning to the circuit over a lap down from the leaders who were yet to pit.

Mathieu Jaminet hopped out of the #911 as defending champion Matt Campbell plugged himself in, ready to bring the Absolute Racing car to the flag but with the hard charging Imperatori behind him.

Pushing like a man possessed, Barnicoat reset the fastest lap of the race on his McLaren’s 280th tour, a 2:03.9007 one of only two laps through the race to go below the 2:04 marker as he dragged Engel’s #77 Merc with him.

Engel came close to bettering the McLaren car’s time, burning up time before coming in to the pits and becoming one of the very few drivers not to take fresh tyres in the final stops.

With just on an hour and six minutes left, Marciello took the #999’s final stop, releasing the #7 into clear air while the GruppeM squad fitted Pirelli’s to their Mercedes.

Just as he was on track for a fastest lap of the race, Gounon’s right rear tyre blew while heading down Conrod Straight, luckily happening before he was going to pit anyway. Able to get back to the pits and chuck on a set of tyres, Gounon still emerged on track ahead of Marciello in the effective race lead.

Before he gave the reigns of the McLaren over to Tom Blomqvist, Barnicoat lowered the bar for the fastest lap time even further, now down to 2:03.7177 but Engel was able to get past once the stops were done, forcing his way past Blomqvist at Forrest Elbow.

After holding on to the lead out of sequence, Shane van Gisbergen hit the pit lane on lap 294, allowing Gounon to officially take first place with Marciello only seven seconds behind, all waiting for the weather to move in.

Gounon continued to extend his lead over Marciello who was enjoying a comfortable margin over Engel in third, the top three all but set as long as the threatening weather held off.

A late issue for Imperatori’s KCMG car meant the #18 came in to the pits with half an hour to run, the crew working on the brakes which took the car out of eighth, eventually dropping to 13th.

Engel’s bad luck at Bathurst continued when the Craft Bamboo Black Falcon entry suffered a puncture on lap 302, having to come in for the right rear to be replaced, elevating Blomqvist  up to third as the #77 dropped to seventh.

Showing the speed of the McLarens, the Silver Class #59 entry of Martin Kodric reset the bar for the fastest lap of the race at 2:03.3958, running eighth overall and nearly two laps ahead of the next car in class, higher than any Pro-Am entry.

Bowing out of fourth place, Thomas Preining brought the #912 in for a splash and dash after running for 39 laps since the car’s last stop, driving on the smell of an oily rag and giving fourth to van Gisbergen.

A late puncture with ten minutes to go for the #999 took Marciello out of the running for a podium finish, meaning Blomqvist moved up to second as the GruppeM car came out in front of the battle between van Gisbergen and Campbell.

In the dying laps, Kelvin van der Linde went purple around the circuit, putting in the fastest lap of 2:03.2789 on the 305th tour, giving the #222 Audi Sport Team Valvoline team something to cheer about after a hard day.

Marciello was able to fight up to second past Blomqvist as the #999 came under investigation for a pit stop infringement, both cars nearly a minute behind the Bentley of Gounon who controlled the field to come home and deliver Bentley their first Bathurst victory.

After being handed a 30 second penalty for not turning off their engine when taking a pit stop, the #999 GruppeM entry has been reclassified as sixth, elevating the #888 car of Shane van Gisbergen/Jamie Whincup/Maxi Gotz to the podium and the #60 McLaren of Alvaro Parente, Ben Barnicoat and Tom Blomqvist to second place.

As the only MARC Invitational entry to not suffer issues through the day, Nick Percat/Broc Feeney/Aaron Cameron won their class, finishing 15th overall. 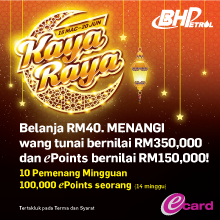 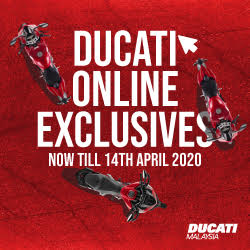